A LITTLE ABOUT US 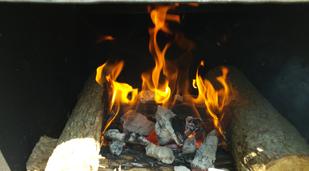 We are Paradise Que in Knoxville.  In 2006, we had an idea to have a Luau for our family and friends.  It was our goal to provide everyone with a good time, but more importantly, great food.  We did some research about and learned that one of the main parts of authentic Luaus is a smoked pig.  While we were not about to undertake something as grand as a whole pig, we focused simply on doing a smaller cut of pork, the Boston Butt.  We ran across a small domed smoker at a scratch and dent sale and decided to give it a shot.  After a couple of events, we graduated to a large Weber Smoky Mountain Smoker in 2009 (yes, that little scratch and dent cooker served us well until its retirement, and we were starting to make a name for ourselves with cooking for parties).  We ventured into an amateur competition in 2012 then decided competition BBQ was a new world for us to conquer!  We have become Kansas City Barbeque Society members and have competed professionally since that time.

Today, we a trailered smoker that allows us to do more volume business.  In the end, this has led to our ability to provide custom catering (not just BBQ) for both large and small events such as customer appreciation for a local lumber company, tailgate events at the University of Tennessee, employee appreciation party for a local Toyota dealer, private parties and weddings.